Less More
5 months 1 week ago - 5 months 1 week ago #5882 by Simomax
Another destroyed SBT-10A. Lets see what's inside! was created by Simomax
Well I managed to destroy my second SBT-10A. The first destroyed itself as far as I am concerned as I took it out of it's box one day, and it was toast - post here . This one was my fault. I dropped a polarizing filter on the mica window (only from about 4cm) but it hit it and went with a proper loud bang, right in my face and showered my microscope and desk with bits of mica, then the black bits on the inside of the mica just turned to a yellow schmoo in the air atmosphere. It would have been a nice experiment had I actually planned it, but I did manage to get some video of the black crystals turning to yellow liquid in real time - below. The volume of the bang was quite extraordinary and made my ears ring. Very, very surprising. It must have had quite the vaccuum in there.

It had lots of black spots on the mica window, so a few weeks ago I put it under my stereo microscope and I could very clearly see at 45x that they were a crystaline structure. Some were larger than others, they grew next to each other and some on top of others. This game them a very arbitrary shape to the human eye and looked like black blobs. I reckon this was something in the resin that was leaching out over time. My SBT-10A had gotten pretty bad with the black spots, but still worked and performed as it always had. Until I broke it.... Grrrr.... So, since it was destroyed, already showered me in mica and whatever else, I guess a safety requirement for handling it wasn't justified any more so just cleaned it up and took some photos of the tube without the mica window. The photos aren't really that interesting but we do get to see the insides of a SBT-10A and the video of the black crystals breaking down is pretty good. 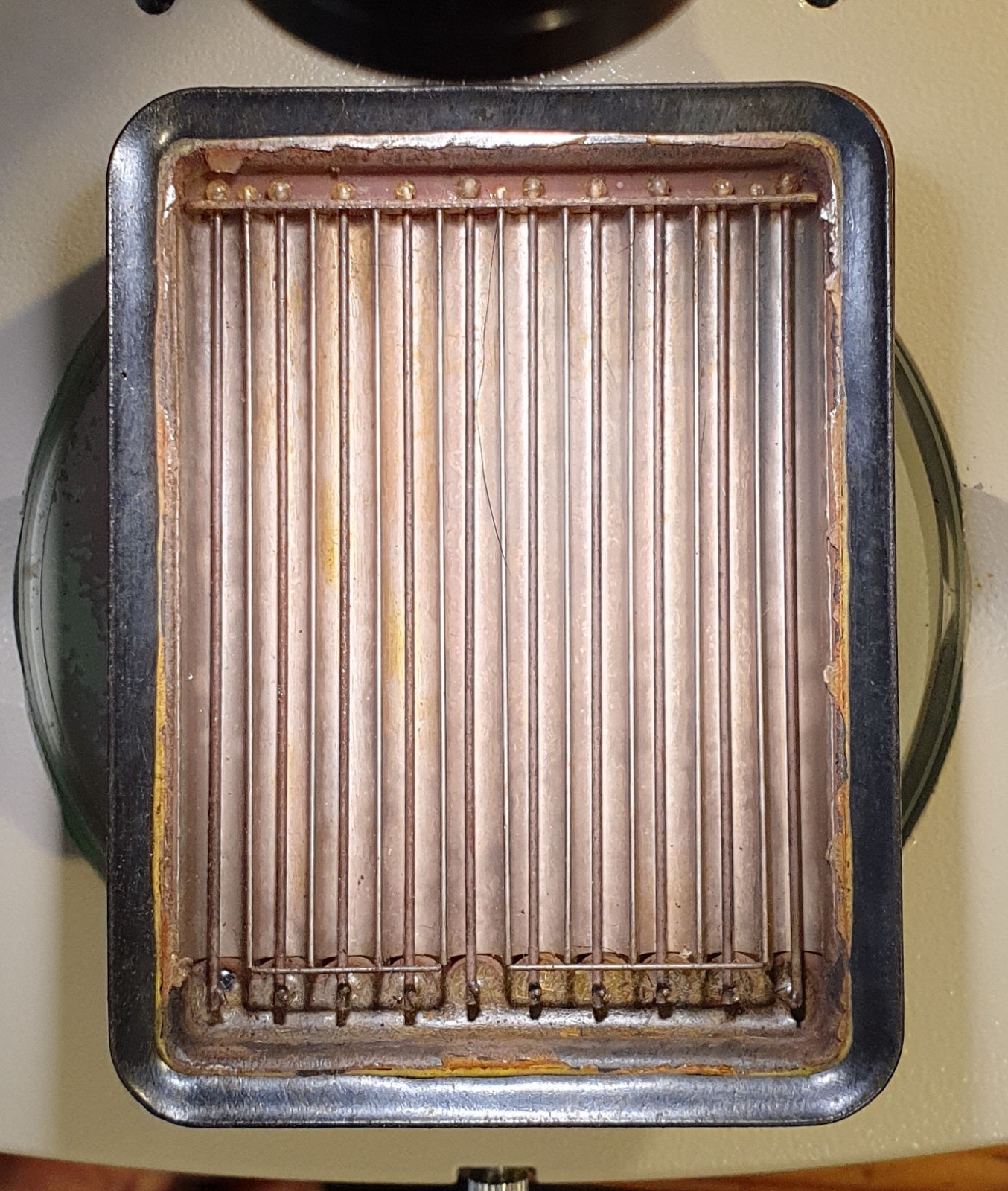 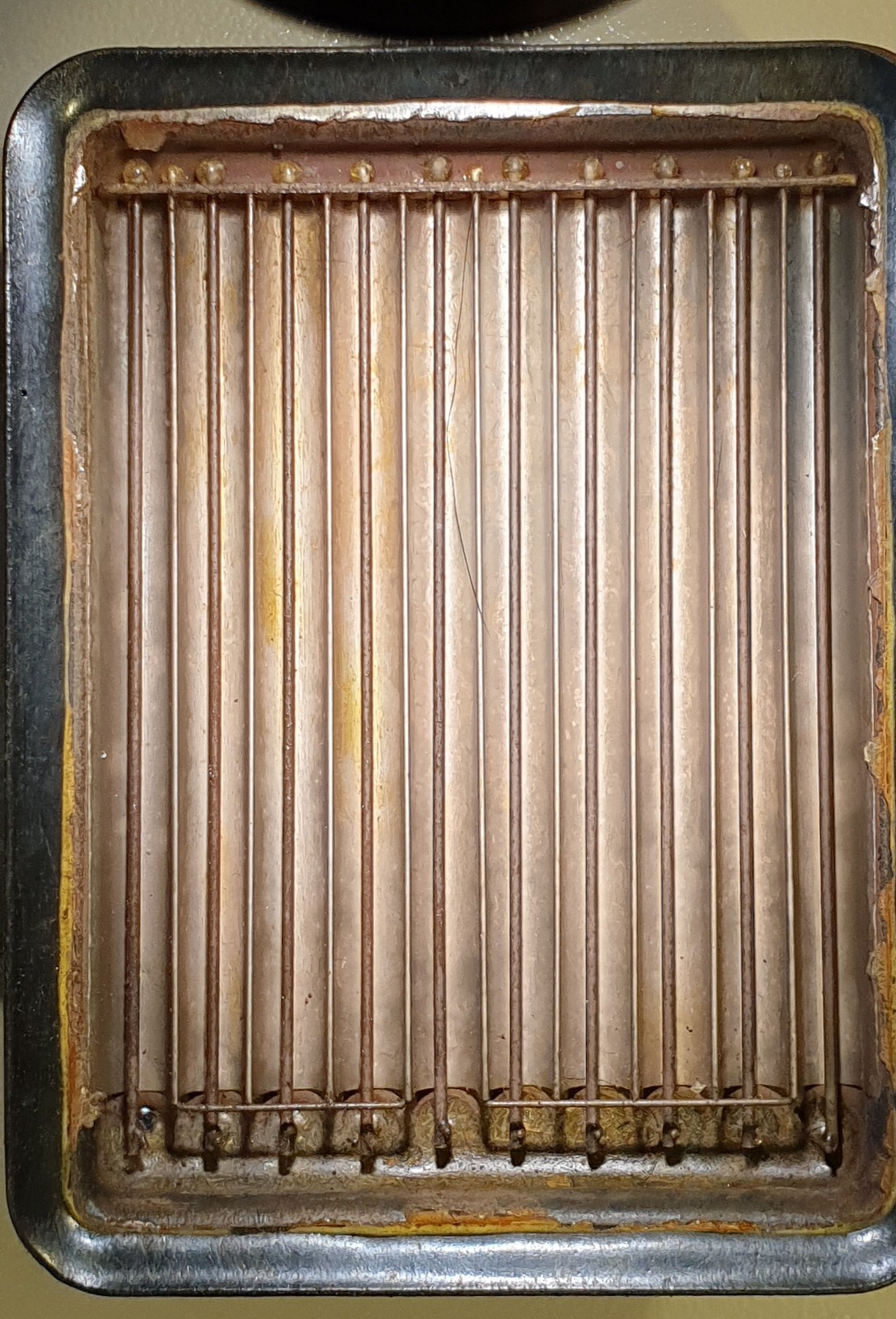 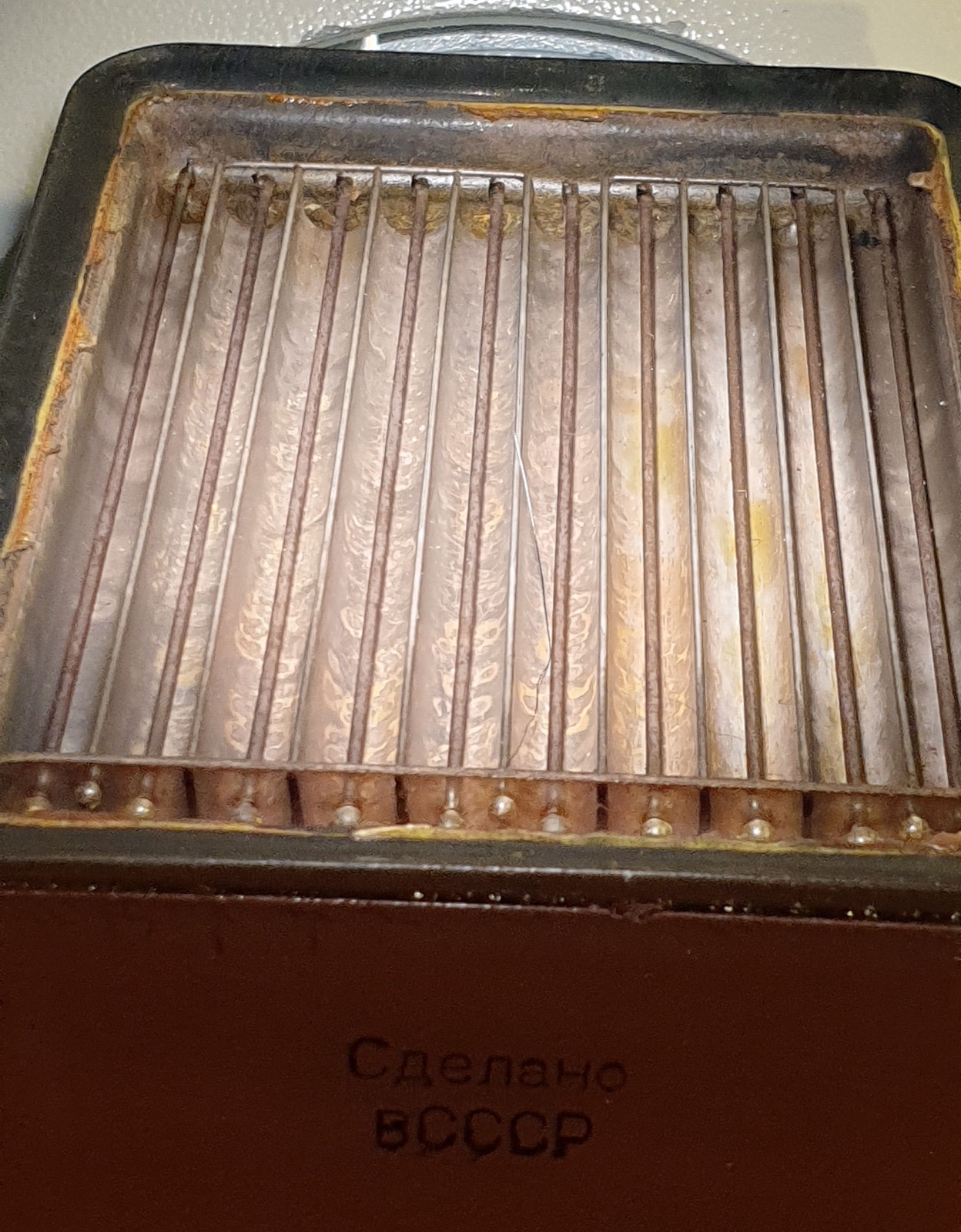 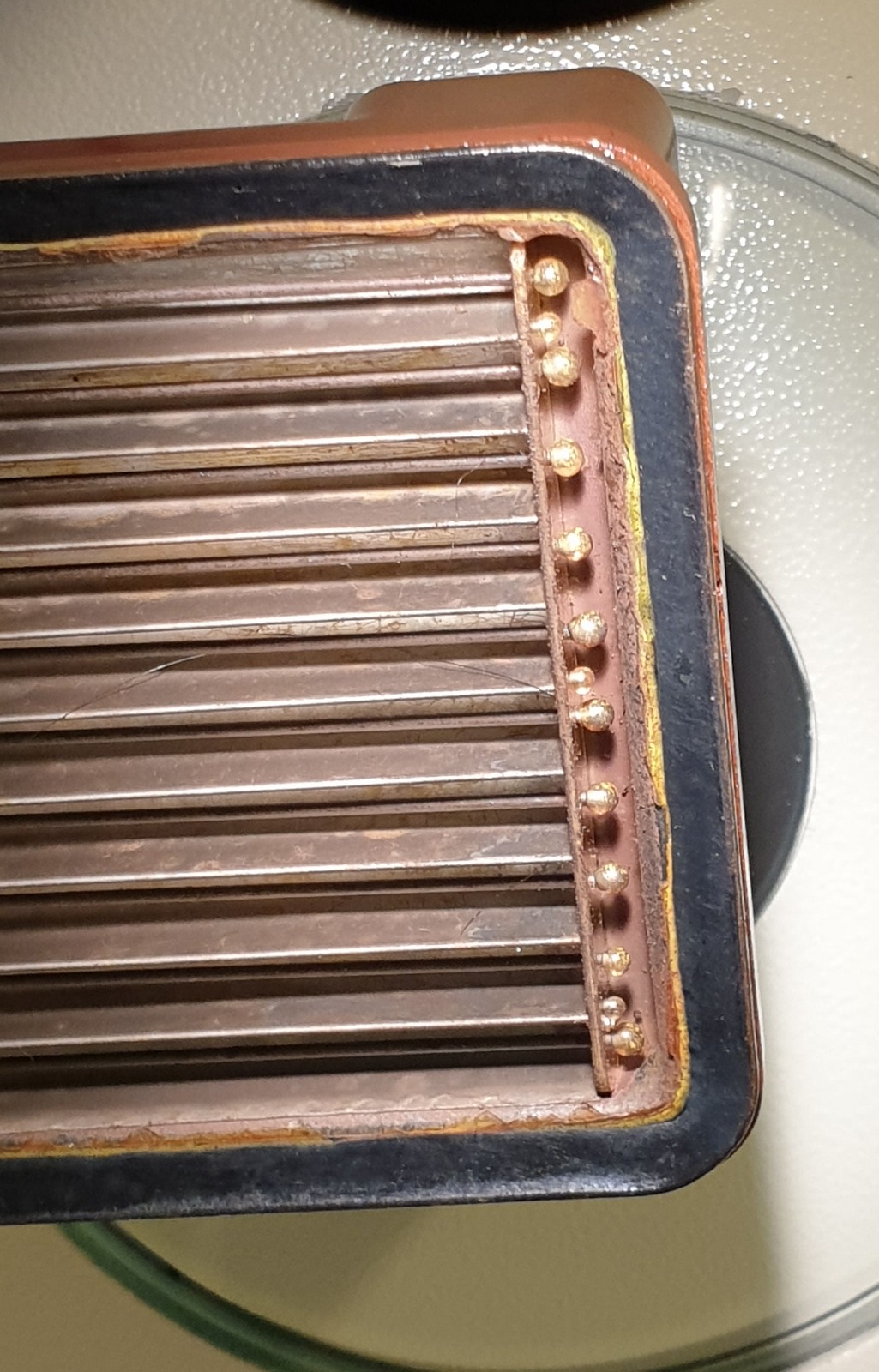 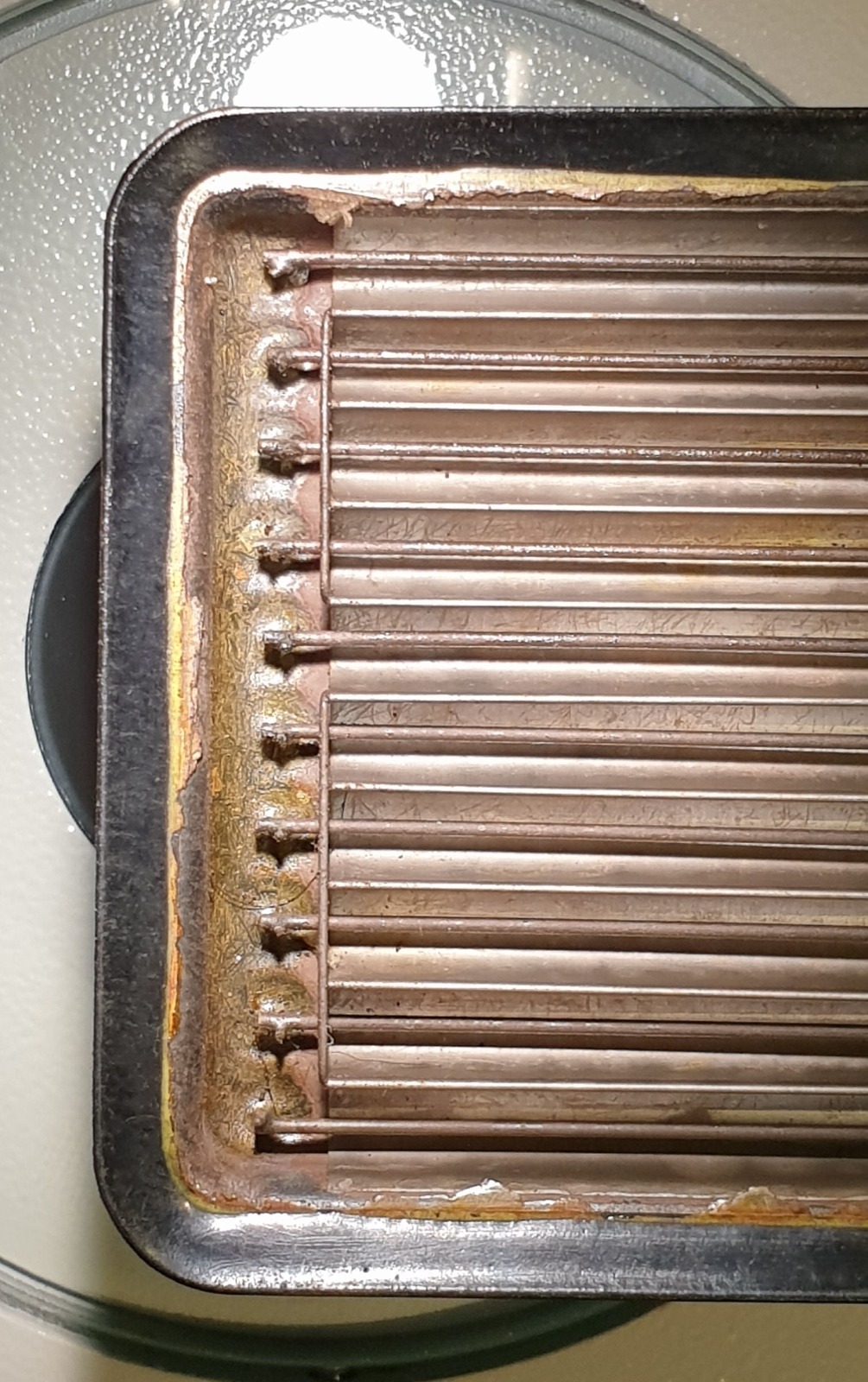 Below is a piece of the mica that I made the video with and some yellow schmoo that I cleaned up with a tissue. 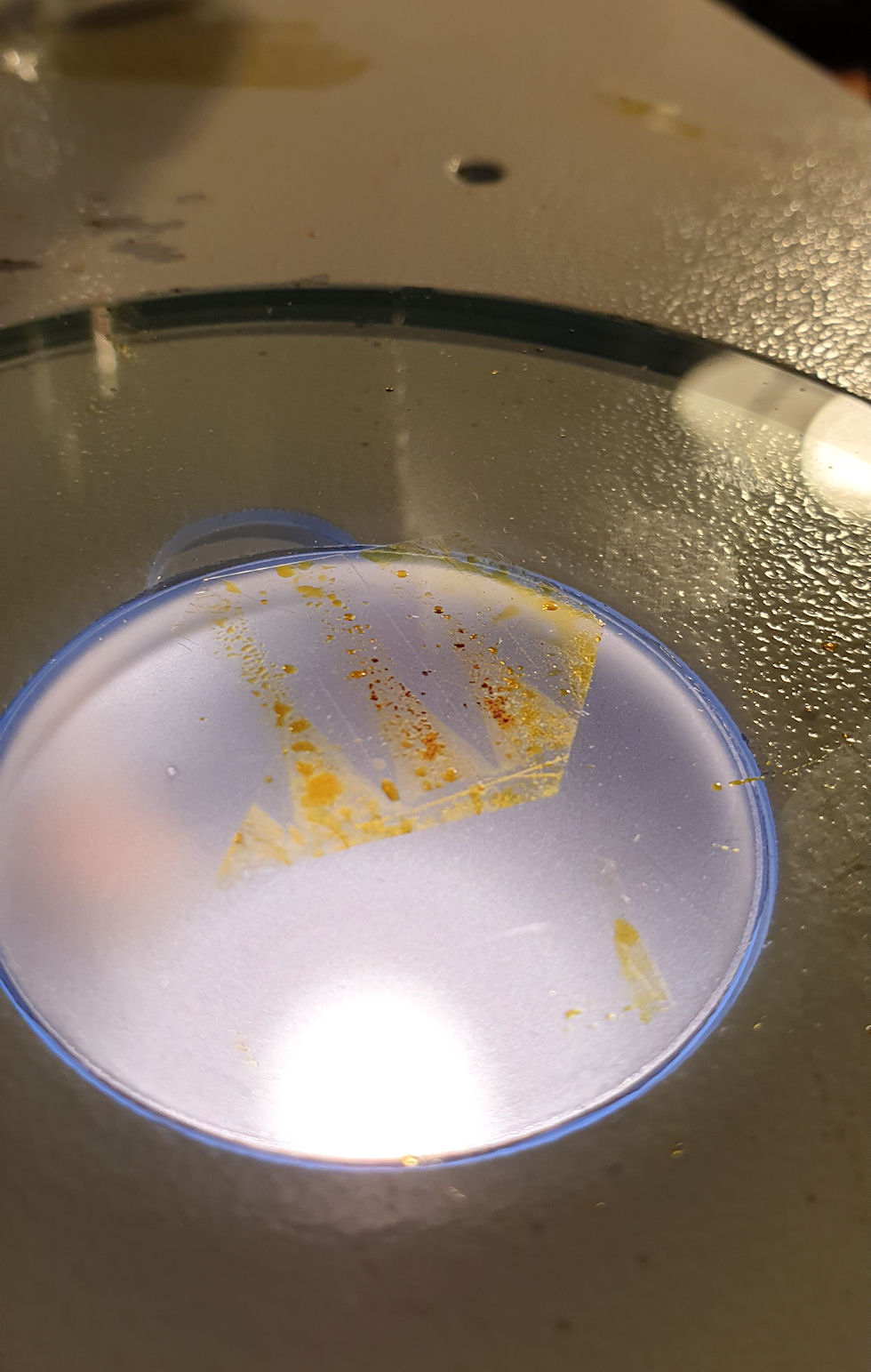 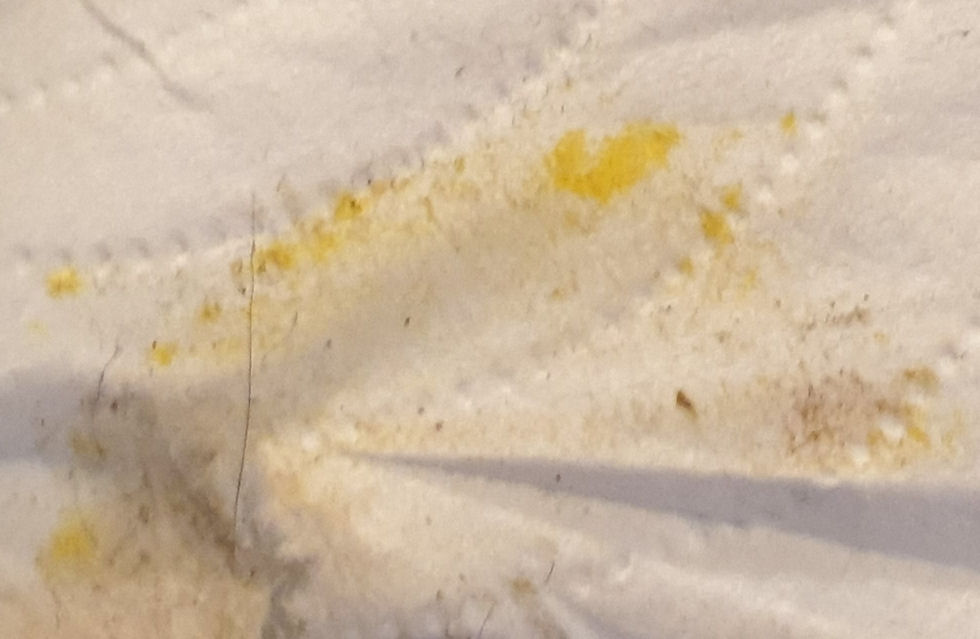 Finally, this video shows the black crystals breaking down into the yellow schmoo. Fun times!

So, do I buy another SBT-10A?..... I do like the tube and it does make a nice part of my collection, but I dunno if I can risk breaking another!

Less More
5 months 1 week ago #5883 by mw0uzo
Replied by mw0uzo on topic Another destroyed SBT-10A. Lets see what's inside!
Very cool - both the tube and the video microscopy. The tube vacuum or low pressure gas mixture must have encouraged that crystalline phase of the substance. Do you think the substance was absorbing water from the air or changing phase?

I am tempted to get some glass and equipment to try making a simple geiger tube, a bit like the valve making vids on youtube. A vacuum drawing pump, some gas valves and tubing would be needed. And some practice sealing glass tubes and work around the electrodes/wire exits.

Less More
5 months 1 week ago #5884 by Simomax
Replied by Simomax on topic Another destroyed SBT-10A. Lets see what's inside!
It is very possible the substance was absorbing water from the air as it appeared the volume of liquid was greater than the initial substance. It could also be that the crystals/substance was either used to, or required an extremely low pressure environment and introducing it into a high(er) pressure environment forced the moisture into the substance. Was interesting to see and I'm glad I caught it on video. As soon as I saw the liquid moving I started recording and the whole thing lasted about 4-5 minutes from start to finish. I missed the first minute, or just over, with all the panic of the thing blowing up on me!

I have always liked the idea of playing about with glassware, but have never had anything in mind to make so never even tried. I have watched videos of people making vacuum tubes and even light bulbs. It looks very skillful.