I didn't realise how much there really was until I weighed them, and they come in at a whopping 14.5 lbs, or 6.6 kg! 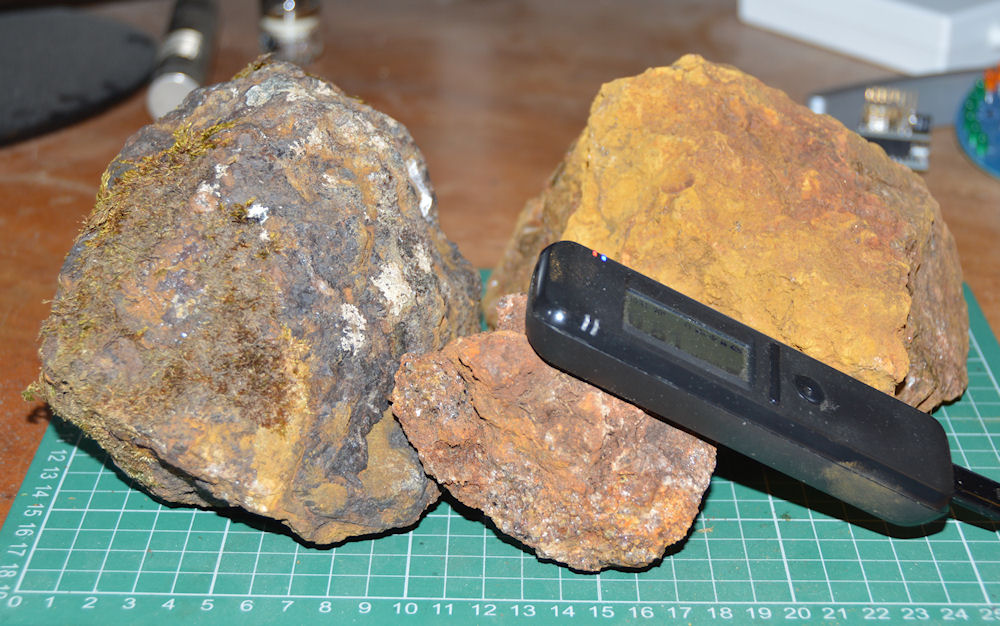 I believe they have come from the South Terras Uranium Mine in Cornwall. The mine was closed back in 1930 and apparently the mine itself is inaccessible since then although someone gained access and took some pictures of the mine itself. It is still very radioactive now. Some of the buildings above ground still exist and I think that is where my rocks have come from, or around the area. It is obvious that one of my rocks was probably just sitting there on the ground as moss and lichen cover some parts of it. The other two were possibly dug up or broken away from other rocks surrounding the area.

The three rocks all have different dose rates. The smallest of the three being the highest, but only at 0.7-0.8 uSv/h. The other two come in at about 0.32 and 0.64 uSv/h. Below is a gamma spectrum taken from my Radiacode 101, which in all honesty isn't so clear as it wasn't shielded and pickinig up all sorts of background, but some of the peaks do resemble that of the Uranium 238 decay chain, and the Radiacode 101 only has 256 channels, so the resolution isn't that of a professional gamma spectrometer. I am hoping to get hold of a load of used lead flashing soon, so I may be able to make a lead enclosure for it, which should make the spectrum a lot cleaner.

They have quite a lot of crystalline material in them. I'm unsure what it is, but possibly quartz and calcite.

Anyway, here is the gamma spectrum and following are pictures of the gorgeous rocks!!! 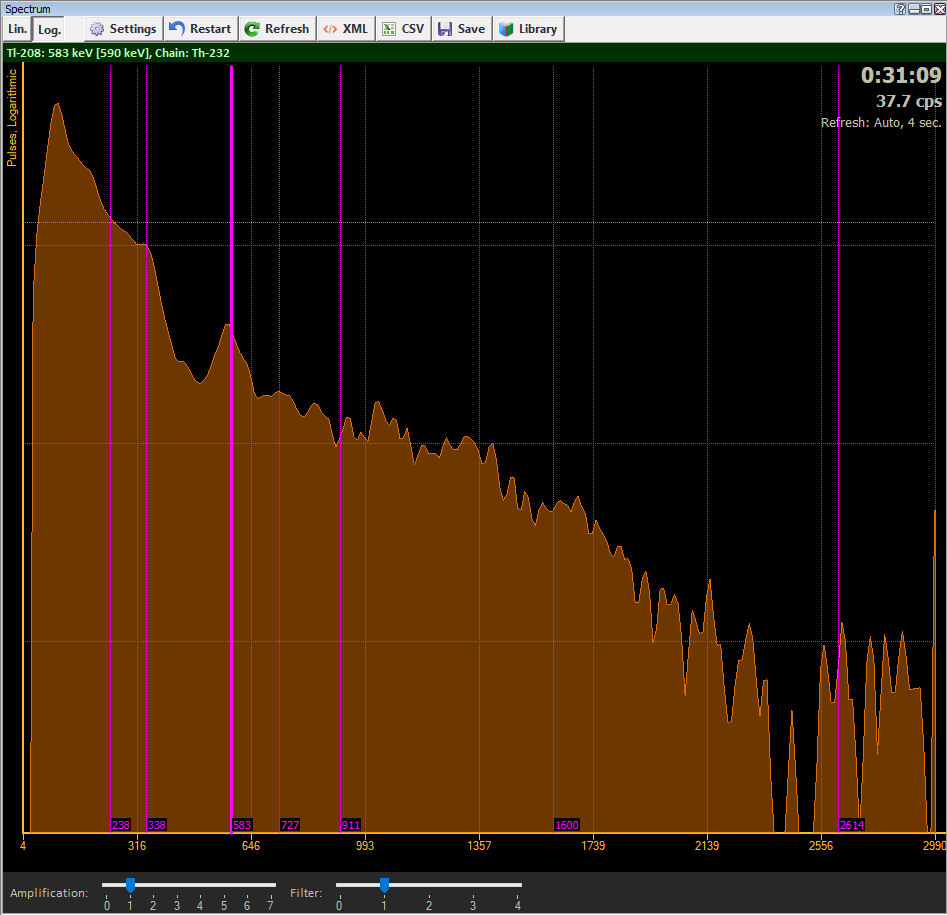 This is rock #1, the smallest, the hottest of the three and looks to contain the most crystalline material. 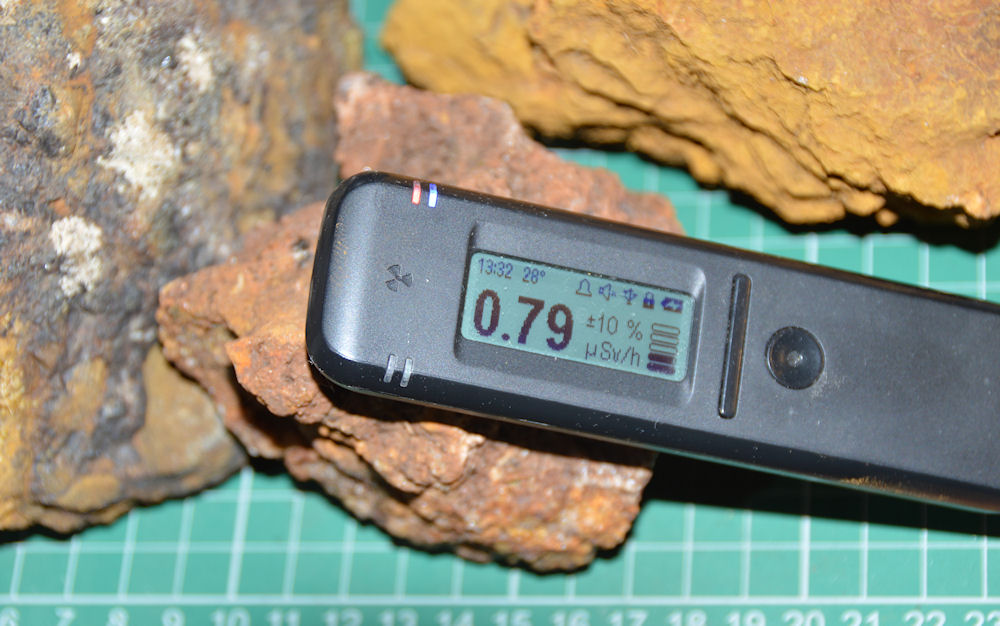 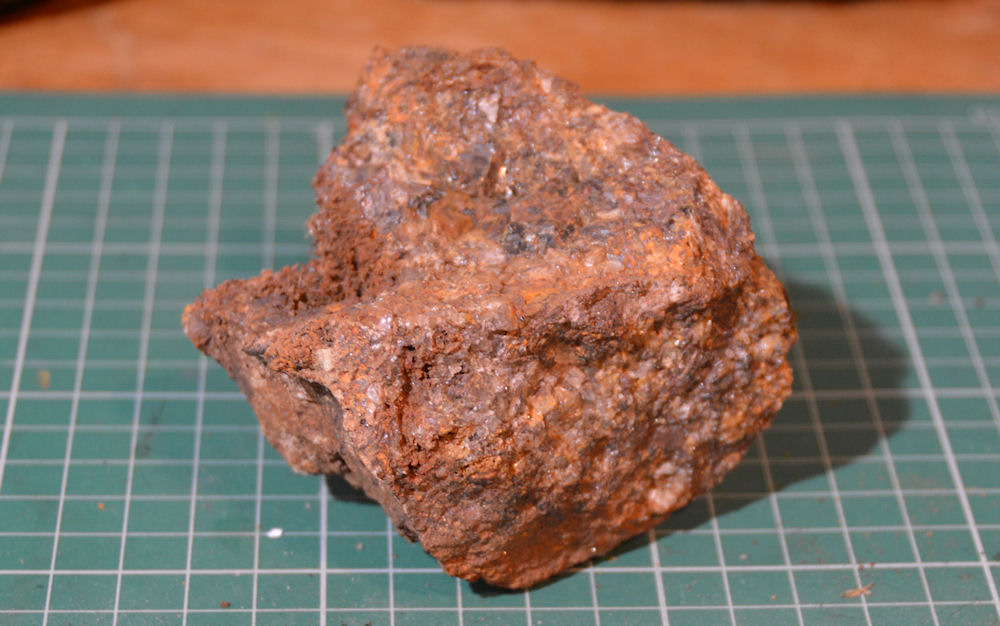 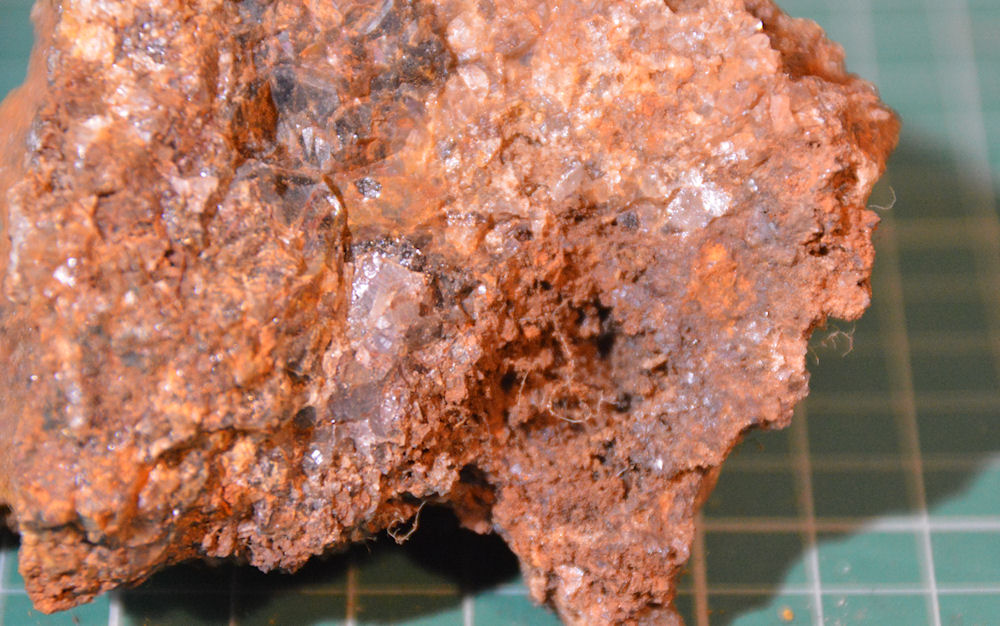 This is rock #2, the largest and the least hot of them all. This looks to have been dug up or broken away from another rock above ground. 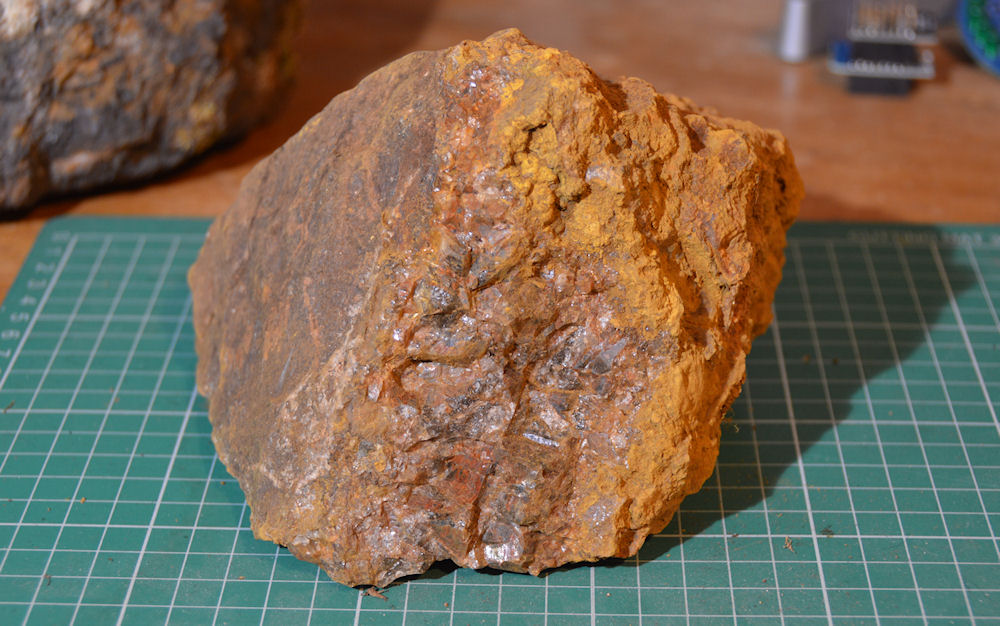 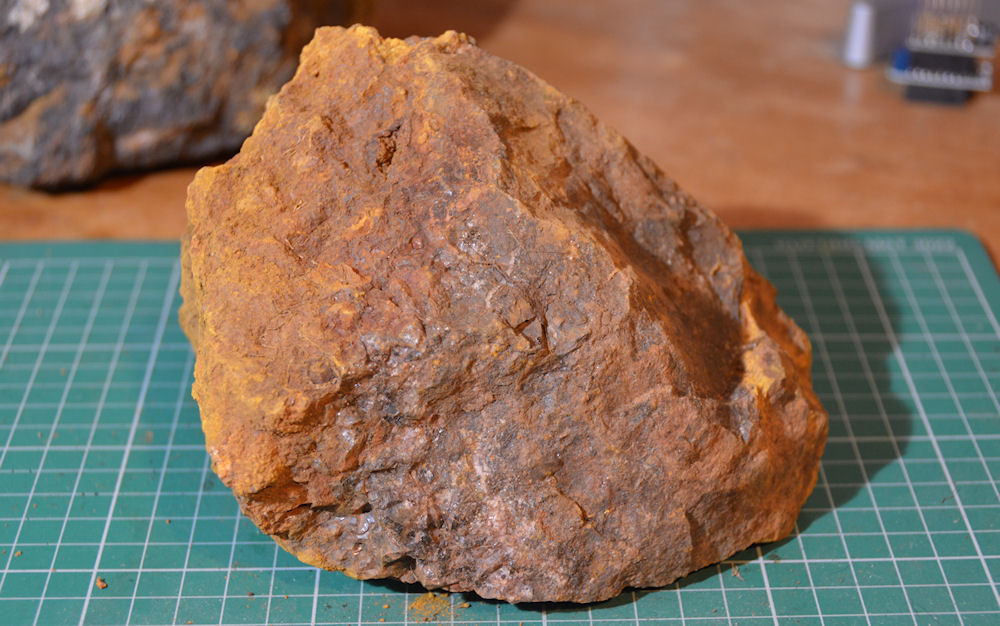 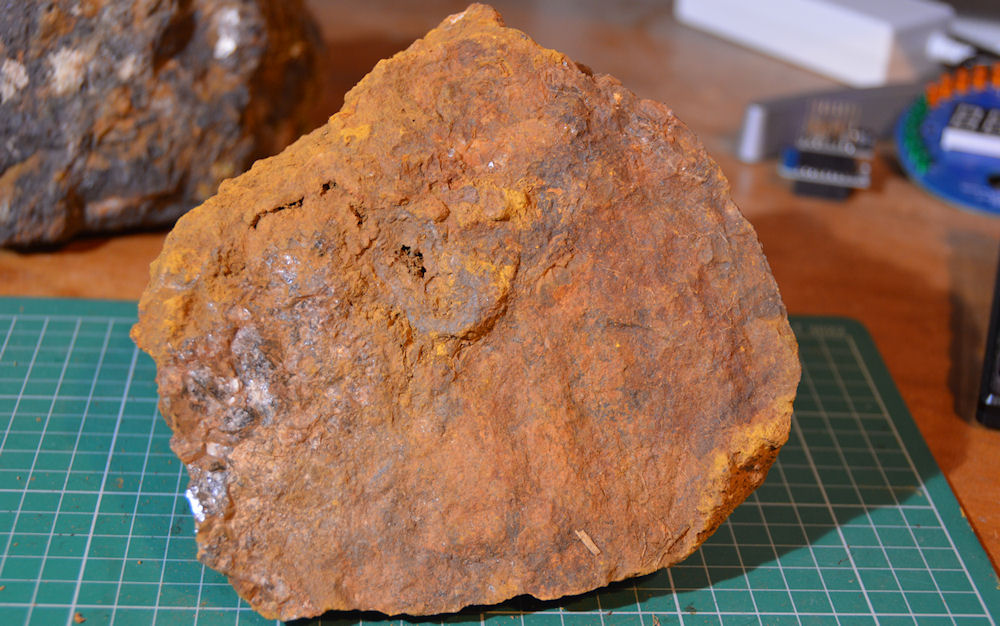 This is rock #3, the Mummy Bear of the three rocks. 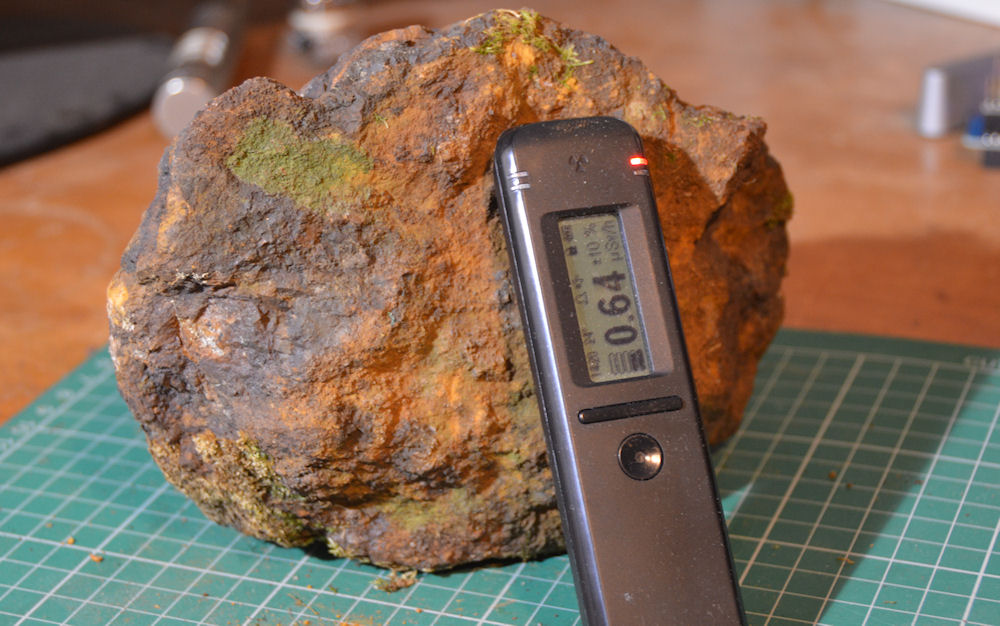 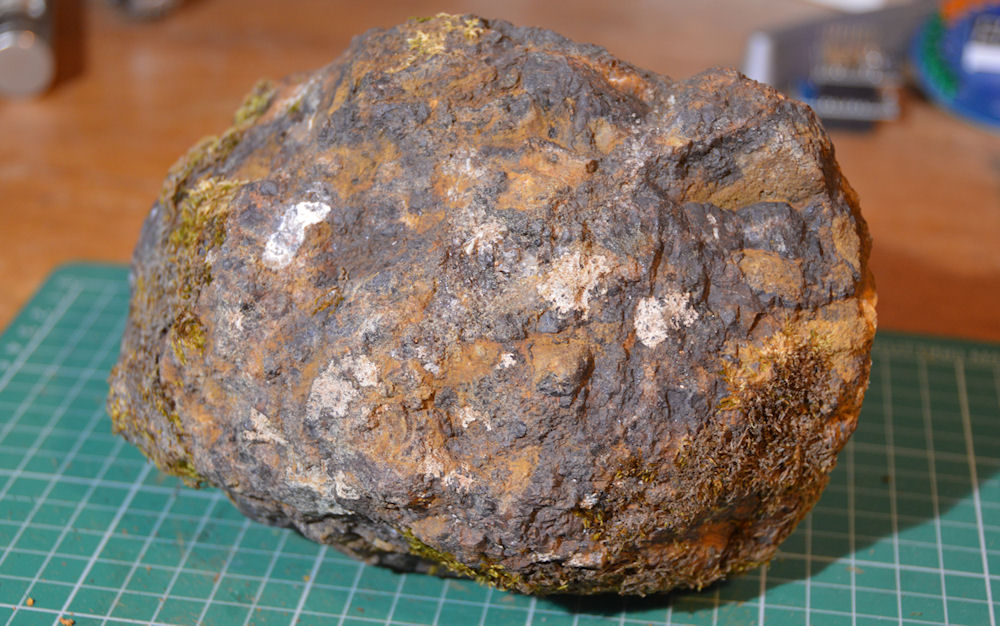 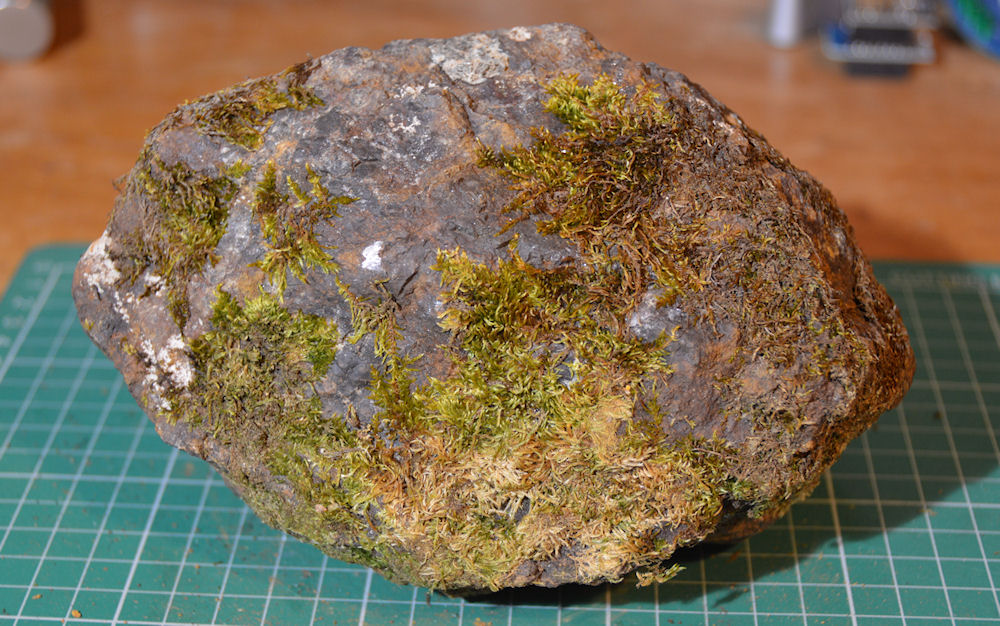 Having them begs the question of 'what to do with them?' I think the smallest I will keep just as is.  The other two are ripe for experimentation. It would be really interesting to try and refine them to obtain the Uranium from them. Make yellowcake maybe? I have seen others' do this in their home DIY labs. It all depends on whether I can obtain the chemicals as I believe nitric acid is used and maybe some other chemicals that are hard for the average person to get hold of. I will probably smash one up soon and see what happens dropping a piece in hydrochloric acid. I'll let you know how that goes!