Less More
1 year 2 months ago - 2 months 1 day ago #5889 by Simomax
Gamma Scout - Replaceable 10 Year Battery Mod was created by Simomax
I don't know about you guys and gals, but something I really dislike is planned obsolescence, and closely 2nd to that, where things are not user serviceable and have to be returned to the manufacturer for minor things such as battery replacement. I'm a large advocate of 'right to repair'.

The battery in the Gamma Scout is a 10 year, 3.6v Lithium battery soldered directly onto the board. Gamma Scout (at last check some time ago) wanted 40 Euro plus shipping one way to Germany to replace the battery. Pfft! The original battery is about £20 all in for a replacement, but I decided to go another route and modify the Gamma Scout to take a replaceable battery. I found a supplier (ebay) of a replaceable battery with the identical specs to the original. I ordered one for ~£4.50 and the seller sent me 4! Bonus! 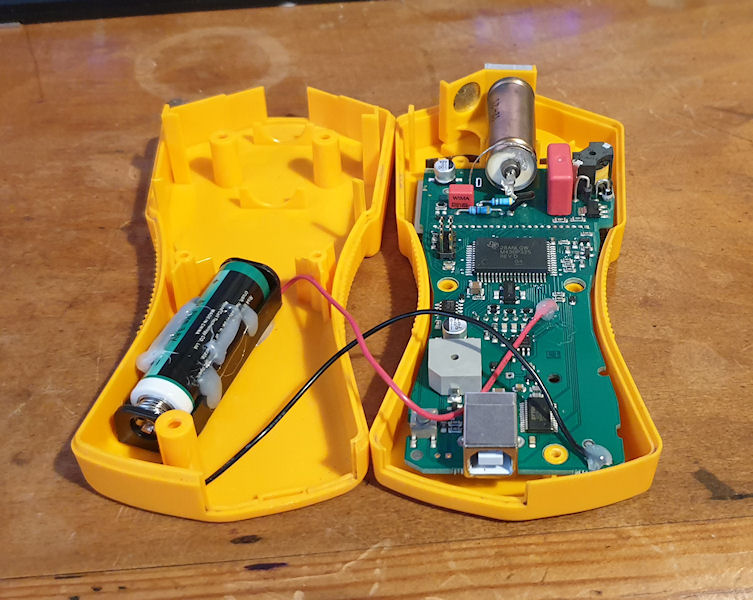 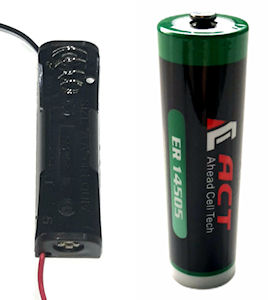 Instructions:
1, Remove old battery (desolder or just cut the leads, and cut the cable tie)
2, Solder + and - of battery holder
3, Insert new replaceable battery
4, glue down with hot glue and add a bit of hot glue to the cables where they are soldered to the board. This will act as a small cable strain relief. I also glued the battery into it's holder. 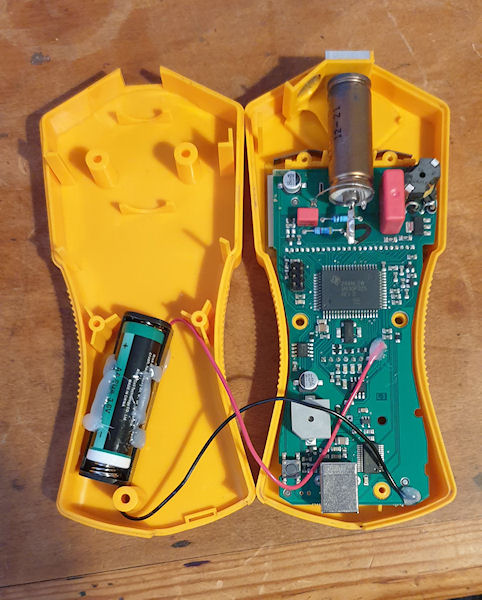 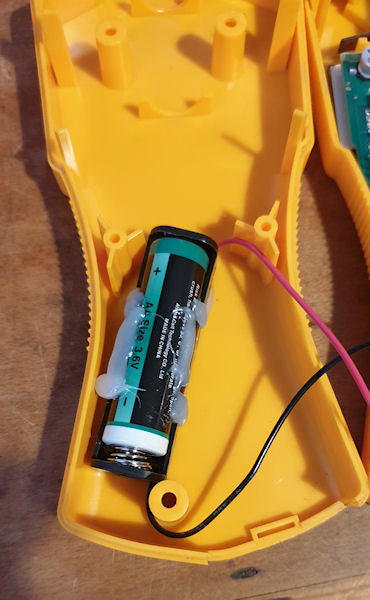 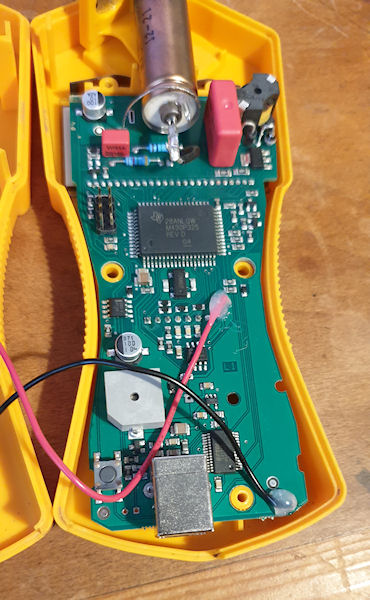 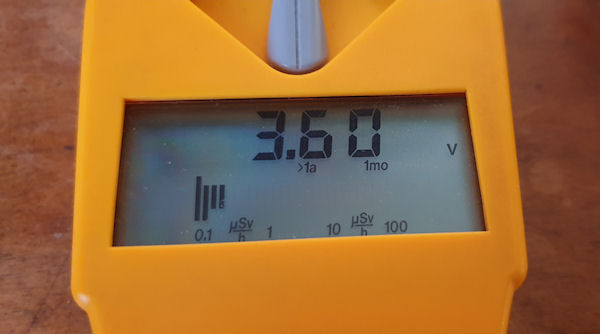 Some notes:
The placement of the AA holder is about the only place it can go without having to cut away at something. It fits like a glove, like it grew there. The battery holder is in the best orientation for when the Gamma Scout is held upwards by hand, as you normally would.
You have to be careful with the - wire (black wire), as it is very close to the screw fixing post, and can get trapped if not orientated away from the post.
If you are going to do this mod, or simply disassemble your Gamma Scout, now would be a great time to add a very small amount of silicone lube to the a b y selector switch and spring. It made mine much nicer, smoother and has a better positive detent when selecting. It should also cut down on the plastic wearing and reduce tiny plastic particles inside the unit.
When I did the mod, around 6 months ago, the battery read 3.6v. Today it still reads 3.6v. This does go down a little when the clicker is on as the previous battery did.
The battery I chose has the same specs as the original: 2,700 mAh nominal (1ma draw), 100ma constant current and 200ma max current.
10 year batteries - There seems to be a misconception with these. Pretty much everyone I know (that are not an electronics engineer) seem to think these should last for 10 years in the appliance. That is incorrect and the 10 year life is their shelf life when they are unused and not fitted into an appliance. 10 years does not mean they will last 10 years. Can you imagine running 100mAh constantly one one of these? It would last no more than 27 hours. And if the battery did last 10 years at 100mAh, the battery capacity would be 8760000mAh, or 8760Ah!
The original battery I replaced around May 2021 has a manufacture date of September 2013. It was still working, but when using the clicker the screen was fading away so decided to change it. So it did do well at around 7-8 years! 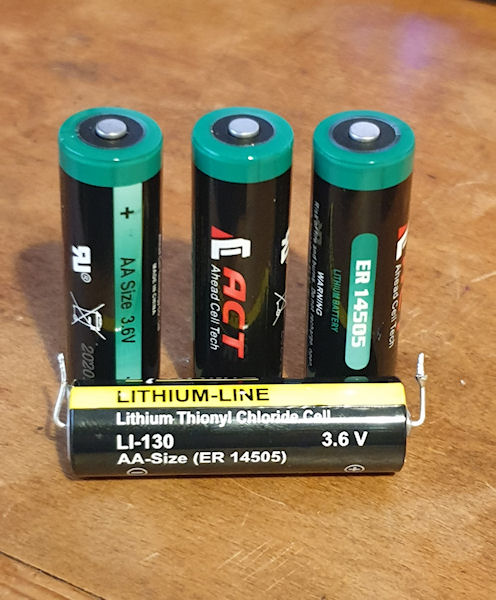